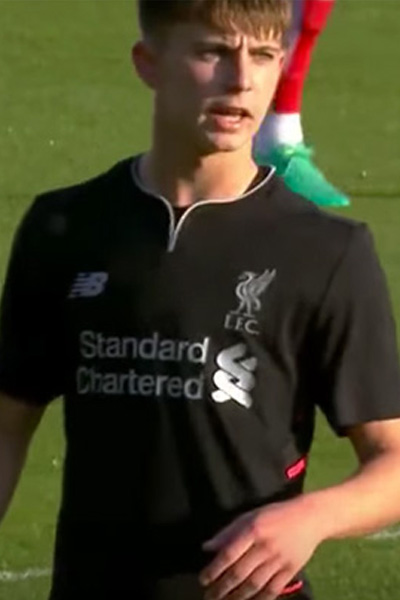 Ben was upgraded into the LFC Under 18's side at just 15 years of age when he scored two goals against a Man Utd U18 side - one of these goals being an overhead kick.

In Jurgen Klopp's first pre-season in charge at Liverpool he took part in a number of the domestic fixtures - scoring against Fleetwood Town as well as creating an assist for Firmino. He scored again in the next game away at Championship side Wigan.

At just 16 years of age he did not travel with the team on their pre-season tour to the United States.

In November 2016, along with Trent Alexander-Arnold, he signed his first professional contract with Liverpool.  He made his first team debut as a 90th minute substitute in the 2-0 Anfield win over Leeds United.

Three days later, on the 29th November 2016, he came off the bench with 25 minutes to go in the League Cup Quarter Final against Leeds at Anfield.  The game was level at 0-0.  Divock Origi scored shortly after his arrival and in the 80th minute Ben Woodburn scored in front of The Kop to make it 2-0.

His debut goal made him Liverpool's youngester ever goalscorer - breaking a record held for 19 years by Michael Owen.

Woodburn was 17 years old and 45 days on the day of his debut goal.