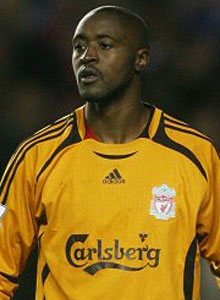 Itandje signed for Liverpool on 09 August 2007, and made his first team debut on 25 September 2007, in the Carling Cup against Reading, match won by the Reds 4-2.

After 9 matches played for the French side Red Star, Itandje was rapidly coveted by many sides across Europe. Following a trial for Liverpool, under then manager Gerard Houllier, Itandje finally signed for the French team RC Lens.

Initially second-choice goalkeeper, Itandje made the starting XI in 2003, and retained this position until he signed for Liverpool after 170 matches for Lens.

On the International scene, Itandje has played 25 times for the French Under-21 side, becoming known for his dance during penalty shoot-outs to destabilise his opponents.

During the 20th anniversary event of the Hillsborough disaster at Anfield on April 15th 2009, Itandje was caught on camera joking around with a fellow player.  He was immediately frozen out of the side and suspended by the club for 14 days. 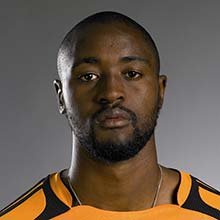