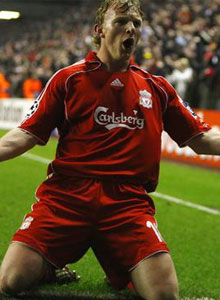 Dutch forward Dirk Kuyt moved to Liverpool in the summer of 2006 with a large price tag of 10 million pound around his neck and an even bigger reputation in his native Holland. After scoring a hatfull of goals for FC Utrecht, from the right wing, he was signed for Feyenoord where he finally got to make his name as a centre forward.

He left Holland and the Feyenoord captaincy for Merseyside with a proud record of 83 goals in 122 games. His debut was as a sub against West Ham where he showed what Liverpool fans could expect from their new number 18. His energy levels where outstanding and his hard work was appriciated by the fans inside Anfield. He didn't score on the day but he did have an asisst chalked off after Peter Crouch was given offside.

He ended his debut season with 14 goals, including Liverpool's goal in the Champions League final against AC Milan. Out of his 14 goals that season, 12 came in the Premiership which included a brace against both Reading and Wigan as well as the opening goal in the 2-0 win over Chelsea at Anfield.

The following season saw Kuyt yet again reach double figures in terms of goals and even further affection from the fans after he converted two spot kicks at Goodison Park to give Liverpool the victory. The 2007-08 Champions League campaign was where Kuyt really shone though. After scoring twice in Liverpool's qualifying round, he netted a further two in the group stages.

Then as the knockout rounds started, so did Liverpool's newly adopted 4-2-3-1 formation which saw the Dutchman turn from forward to right winger again in his career. He scored in all knockout rounds against Inter Milan, Arsenal and Chelsea.

The current 2008-09 season has again saw Kuyt make double figures in his goal tally, including a winners against Man City and Standard Liege. 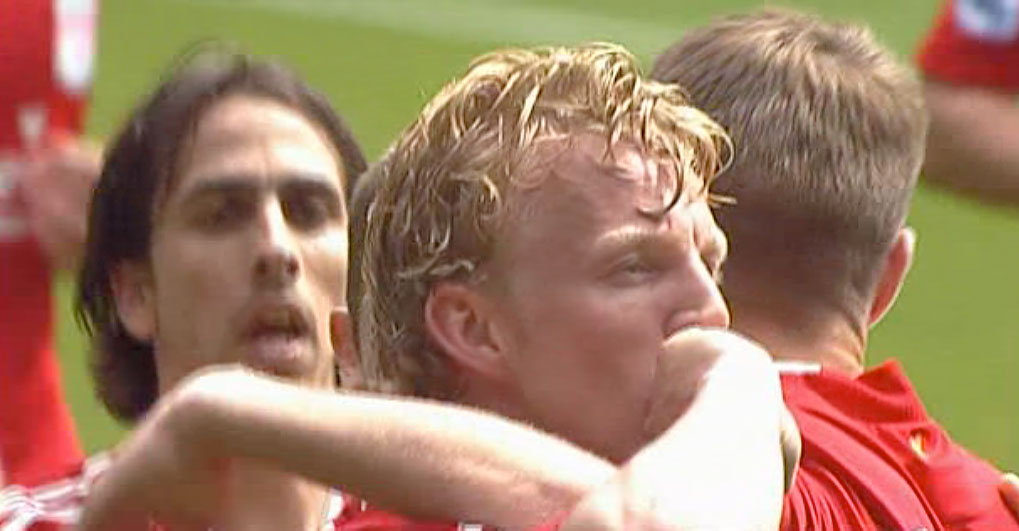 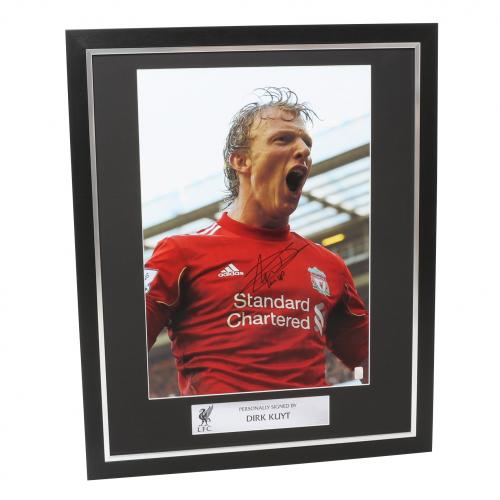