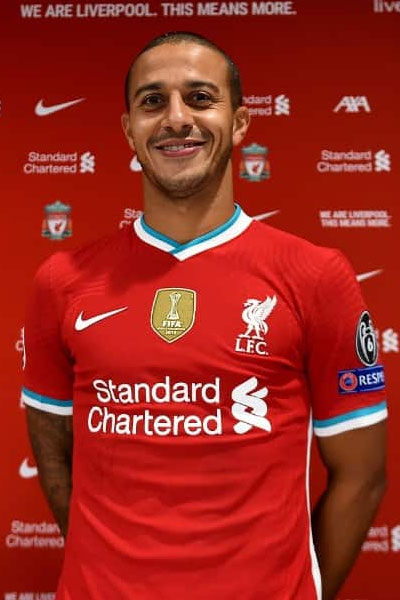 Thiago Alcantara was a much trailed Liverpool signing in the summer transfer window of 2020.

His involvement in Bayern Munich's successful quest for their sixth Champions League meant the deal was not finalised until September 2020.

The 29 year old had one year left to run on his contract at Munich, meaning the reds got the talented midfielder for a relatively cut-down £20M.

The Italian born Spaniard has seen glittering success throughout his career since joining Barcelona as a 14 year old.

He collected two La Liga titles, a European Cup, Super Cup, World Club Cup and the Copa del Rey whilst at Barcelona before moving, in 2013 to Germany.

Seven consecutive Bundlesliga titles arrived alongside four german cups, another World Club Cup and finally, in his last game for the club another European Cup.

At international youth level he won the U17 Euro's with Spain before twice winning the U21 version.

His arrival at Liverpool will hopefully give him the opportunity to win all the major trophies in yet another country.

Draws continue to accumulate for the reds: Liverpool 0-0 Man Utd